Poison rodent baits and a conscientious method for vole control 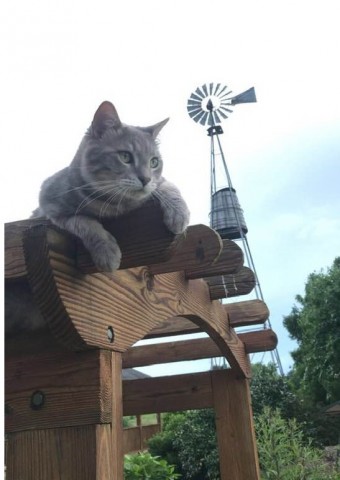 We have a few natural vole predators on our property. Our cats and a family of screech owls that nest in the barrel of the old windmill pictured here above our favorite cat, Gus. We don't kill harmless, non-poisonous snakes as they are good natural predators as well. Together, they are great for keeping the rodent population under control. However, sometimes prolific voles become too much for the natural predators resulting in an infestation. So what do you do if voles have over-taken your yard, destroying your prized landscape, but you are concerned about the impact using a poison bait might have on wildlife? This is an environmentally conscious concern and one that people are considering more and more.  Just last year,  the state of California considered, but failed to pass, a bill that would ban second generation anti-coagulant rodenticides (SGARs) and put heavier regulations on first generation ARs (SGARs are more toxic, requiring only one dose of ingestion and were developed due to some rodent populations seeming to be resistant to the first generation poisons). When thinking about the control of voles and other rodents, it is most important to look at the active ingredient in a poison bait to address concerns for wildlife and for safety around pets as well. Let's take a look at why we think Kaput Rat, Mouse and Vole Bait is the most conscientious choice on the market, and especially the best choice for the control of voles when used responsibly with the Vole Control Bait Station System.

Kaput is the least toxic rodenticide on the market with an active ingredient of Warfarin. In a recent internet search, I found a competitor bait being heavily promoted for vole control. The active ingredient in this particular bait is Bromadiolone, a second-generation poison. Let's consider the following: 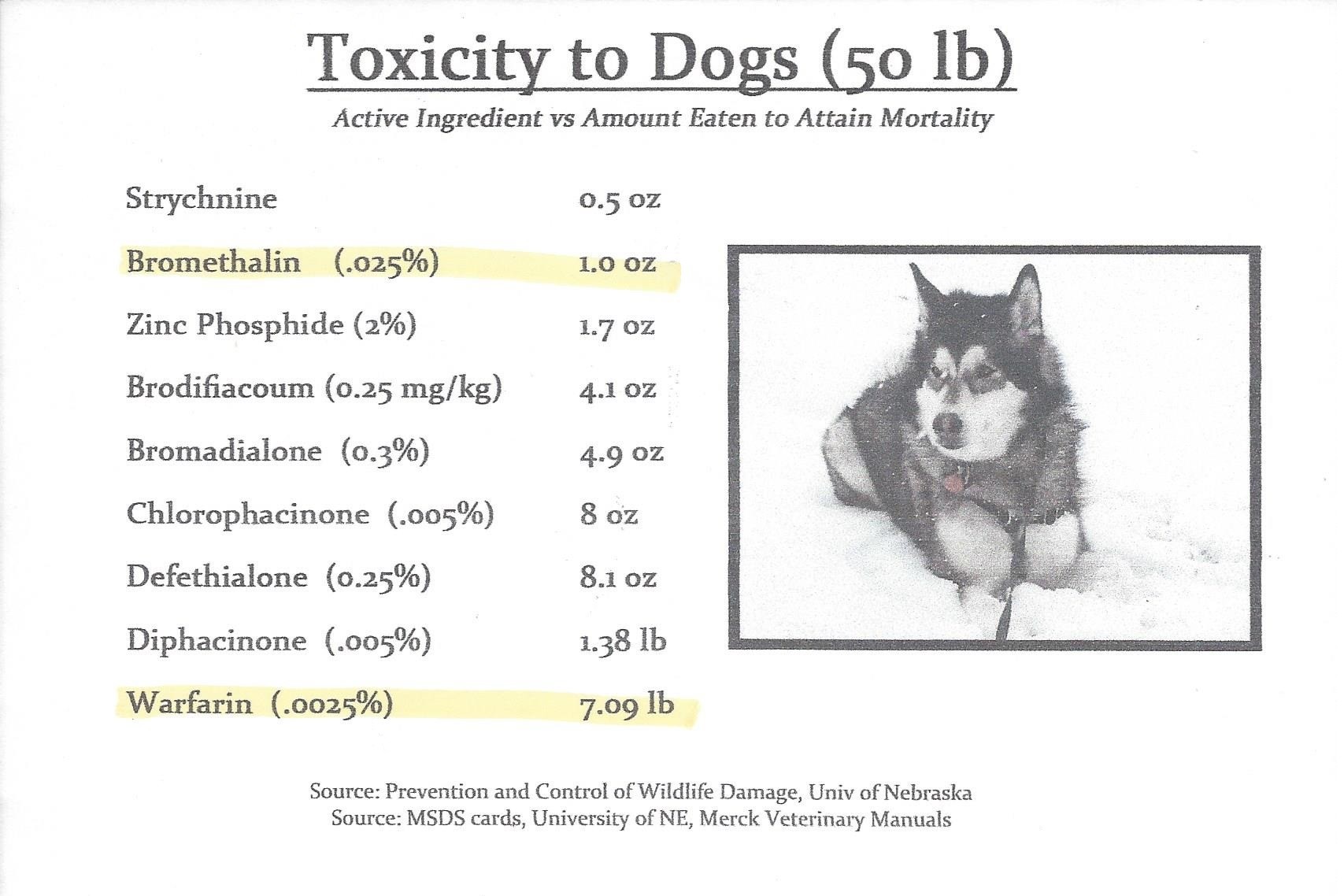 amount of Warfarin at 113.50 ounces for the same effect. (Source: Prevention and Control of Wildlife Damage, University of Nebraska and MSDS cards, University of NE, Merck Veterinary Manuals).

Additionally, Warfarin is quickly metabolized by the rodent and does not build up in the liver like the second-generation poisons, thus it is likely out of the rodent's system very quickly, possibly even before it succumbs to death. Voles do not have to consume very much to cause death, so if a non-target animal does consume a vole poisoned by Warfarin, it is very unlikely to cause any ill-effect.

Another plus with the active ingredient of Warfarin is that there is an antidote which is vitamin k-1. This is a reassuring plus for concerned pet owners and again, we cannot stress enough the importance of using our bait stations that are specifically designed for voles for safest application.

You can learn more about the active ingredient in Kaput Rat, Mouse and Vole bait here: Pet and Wildlife Concerns.

In searching the internet, I see many articles about controlling voles that promote the more highly toxic, second-generation baits on the market. These more toxic baits are just not necessary for the average homeowner to gain control of voles. What is necessary to gain complete control is vigilance and using the right system of application.

Of course, we recommend our Vole Control Bait Station System for the most efficient, effective and safest application of Kaput Vole Bait. With the bait station system, you not only keep bait safe from non-target animals, but you are instructed to replenish the stations on a schedule to conserve bait, thereby using less over time, and allowing the bait time to be effective on all the voles in the nest/colony. The design of the system along with the use of Kaput Vole Bait's seed and granular formulation that is easily manipulated by voles encourages their natural instinctual activity of taking food back to the nest for consumption by the entire vole colony. Note: block-style baits do not allow this type activity so they are less likely to eradicate the variety of ages of voles in an entire colony.

Just as homeowners don't want to be overrun with destructive voles in the landscape, certainly, Californians don't want to be over-run with disease carrying rats. Concern for wildlife has brought interest in a ban on the more toxic second generation poisons in California and there is speculation that if this ban ever passed it might lead to some extreme problems with rodent control in the state. Certainly an out-right ban on all anti-coagulants to include first-generation anti-coagulants such as Warfarin would be foolish and hopefully this won't come to light in California or anywhere in the US.  We do know that for vole control, Kaput Rat, Mouse and Vole Bait is the safest and best choice of baits used along with the Vole Control Bait Station System!