"Much has changed since we began...but voles haven't."

Back when our website went live in May of 2004, online searches for controlling voles in the residential landscape brought little helpful information. Our website solved that problem and homeowners were grateful for the information and a solution to their vole problems.  Much has changed since that time. Google any terms related to voles and you will find an overwhelming abundance of information. Amazon and affiliate marketers looking to cash in promote their lists of “the best products” adding to the variety of choices and confusion. Much has changed since 2004. But voles haven't. The Vole Control Bait Station System is uniquely designed for voles and their behavior and it still does the job, simply because voles are still up to the same business. It is tried and proven. it has been nearly 18 years and we have helped thousands of customers across the United States gain Vole Control. We are committed to providing customers with all the information, support and supplies needed to achieve Vole Control and empower customers to conquer their vole problem!

Here's the backstory of how it all got started:

The Vole Control Bait Station System was invented and developed by Marshall H. Warren while he was a professional landscaper. Marshall's interest in residential vole control began when his customers had problems with them in the landscape. He addressed the problem and offered solutions in an article written for a newsletter to clients. When a website was created to promote his small North Carolina residential landscape company, Landscape Creations Inc., helpful articles from past newsletters were placed on the site. One such article dealing with voles in the landscape, received quite a bit of attention as people searched online for solutions to their vole problems. Marshall was surprised by the many calls that came in from all over the country with inquiries as to where to find the bait mentioned in the article. Many of the callers had hundreds of dollars of plant material at stake and were desperate for a solution.

Knowing that even with the much sought after vole bait*, the current methods of application were inadequate, Marshall was inspired to come up with a better system. Through research and study on voles, experimentation is his own yard, and later, product testing in the yards of landscape clients (see testimonials), The Vole Control Bait Station System was born.

*back then, the bait recommended was Rozol. We now recommend Kaput Rat, Mouse and Vole Bait.

Marshall Warren grew up in a farming community located in southeast North Carolina where his parents passed on a love of horticulture. His father, a teacher of horticulture, started a nursery business when Marshall was in his early teens. Marshall worked in the nursery, alongside his parents, and did small landscape jobs until he left for college at North Carolina State University in Raleigh. He returned home each summer to help in the growing family business. 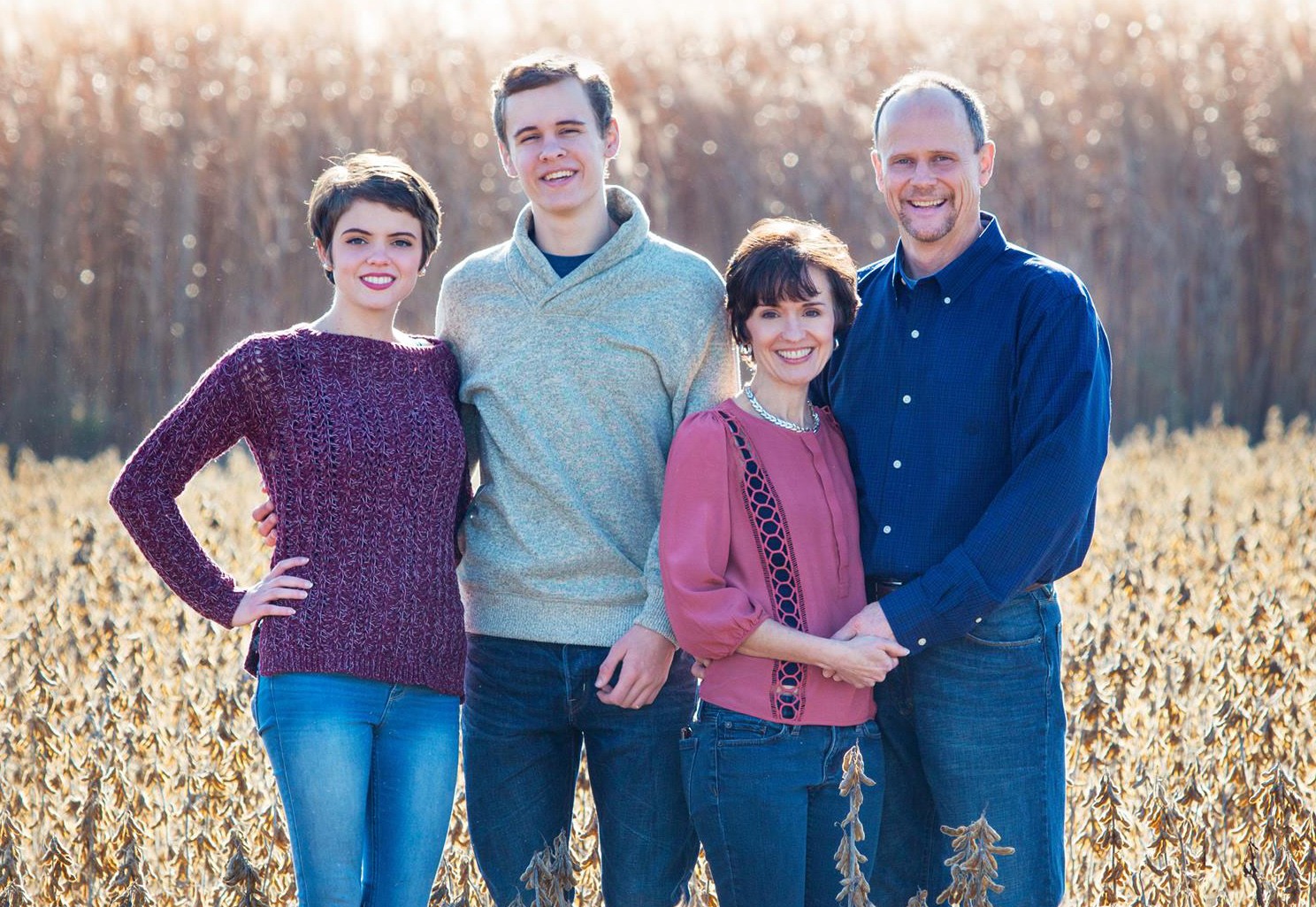 Marshall majored in Landscape Horticulture at NCSU, receiving his BS degree in May of 1985. After graduating, he married his college sweetheart in July of 1985 and began his career in landscaping. He eventually started Landscape Creations, Inc., which held an excellent reputation for quality work for many years. It was during his years of landscaping that he developed the Vole Control Bait Station System.

Marshall and his wife, Dana, have two children, a grown daughter, Lindsey, who is a photographer in the Raleigh/Durham area and a college-age son named Cole.

Marshall is actively involved in his church where he is currently a deacon and teaches an adult Sunday School class. God, family, and integrity in business are important to Marshall.

After over a decade in business, Marshall and his family are pleased that so many customers continue to find Vole Control through using the Vole Control Bait Station System.